I’m always looking for logic resources in our homeschool–especially logic resources in the form of games. So when Blocks Rock! reached out to me about checking out their game that encourages the stretching of spatial reasoning abilities, I knew I wanted to check it out. I wanted to do a Blocks Rock! review for you because I know you’re always looking for great games that encourage growth for your kids too.

We’ve been playing Blocks Rock! and I am so impressed by how good my kids have gotten–even Vera (5!)–and how fast they’ve gotten even after a week or so.

In this post, I’m going to give you a thorough Blocks Rock! review, how we’ve been using it, and how it can save your day too–especially if you’ve got little hands that need to stay busy while you work on something else! 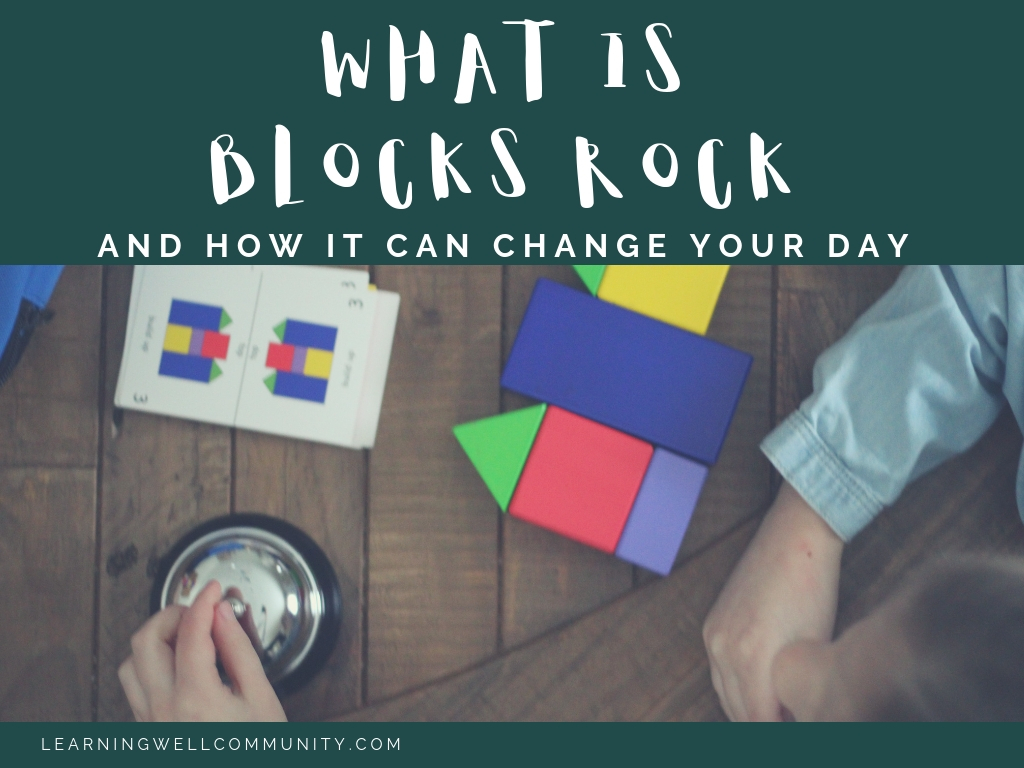 Being a homeschool blogger, I get asked to do a lot of different reviews. I’ll be honest, I turn a lot of them down. Here’s my criteria for accepting a partnership with a company:

If the answer is no, I don’t do it. So when I was approached by Blocks Rock! and I checked out their site and what they were all about, I knew I would want to share it with you.

We received the box and here’s what we found inside: 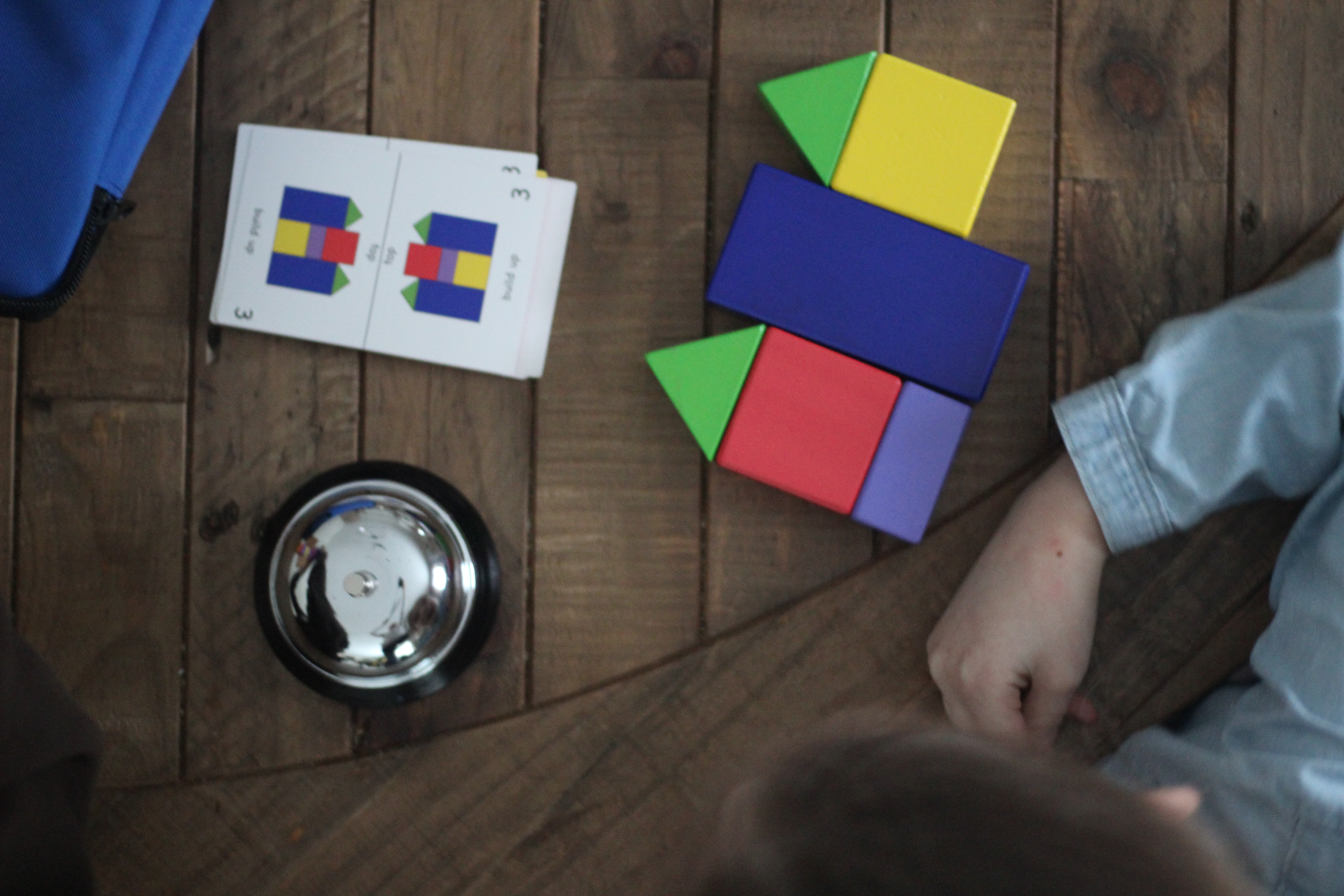 The kit comes with: 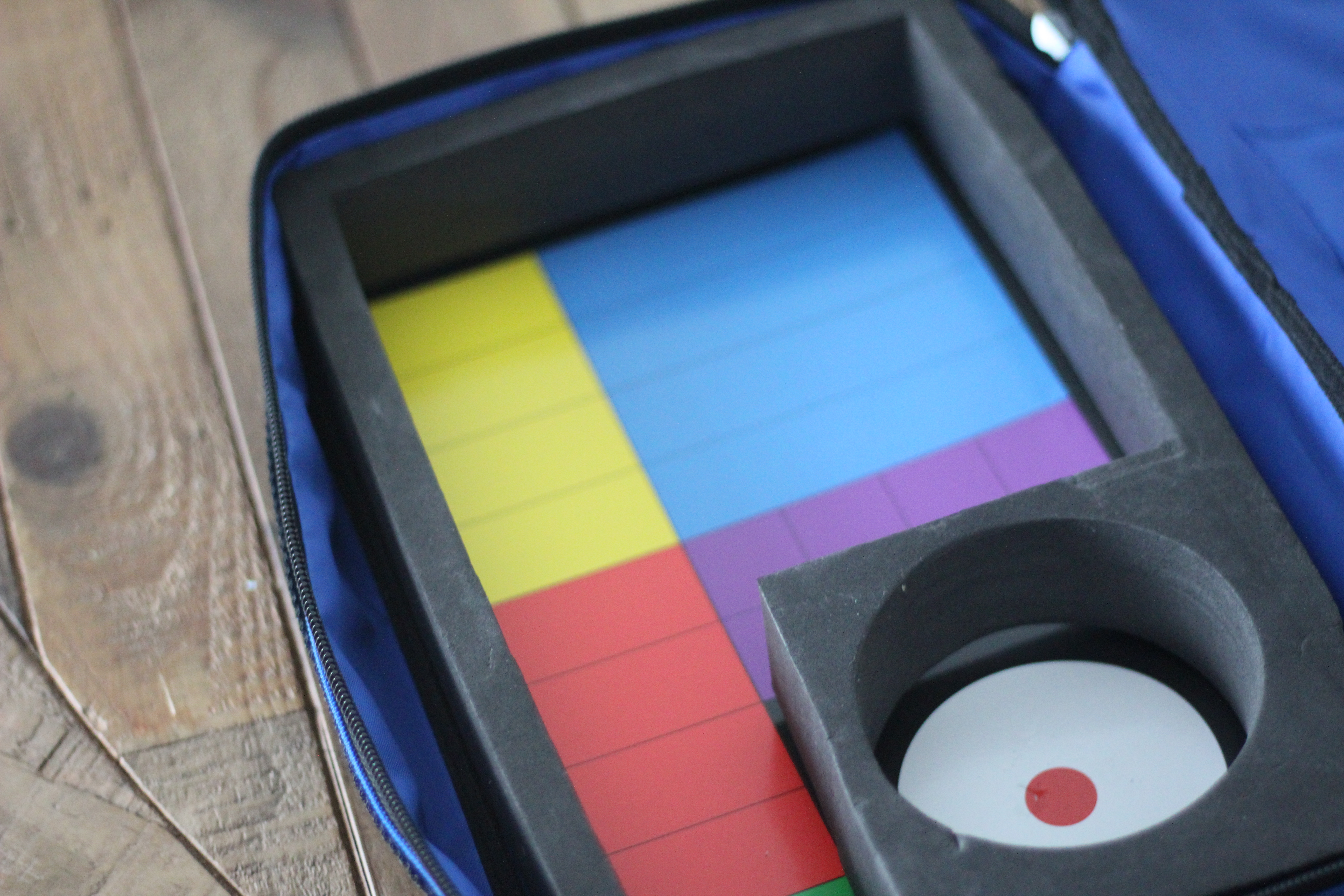 RELATED:  A Logic Game Your Kindergartner Will Love

How the Game is Played

The set-up and rules for Blocks Rock! is so insanely simple, and I love that. There’s nothing more frustrating than getting a new game and having to search the internet for hours to learn how to play–we’re total YouTube watchers when it comes to games we can’t figure out!

Everyone gets the same blocks and the deck of cards goes between the two players. Someone flips the top card and you’ll see a design that you will recreate with the blocks as fast as you can. As soon as you’re finished creating the design on the card, you ring the bell. The first person to ding their bell wins that round and they keep the card or keep track of points on a piece of paper.

There’s ways you can vary the game too if your child gets stressed out by the “race.” They can play against themselves, like I’ve done with Vera. I just set up the game and ask her to create the picture she sees on the card. There’s such an age gap between her and my older kids, playing against them would make her feel too defeated every time.

Another variation is using the free 3D app. Basically, instead of building a flat picture like they see on the card, they build UP! It’s a really cool variation.

But there’s something about the game that increases their focus and helps them get faster and faster every time they play it. And it’s made me totally think about the importance of spatial reasoning. 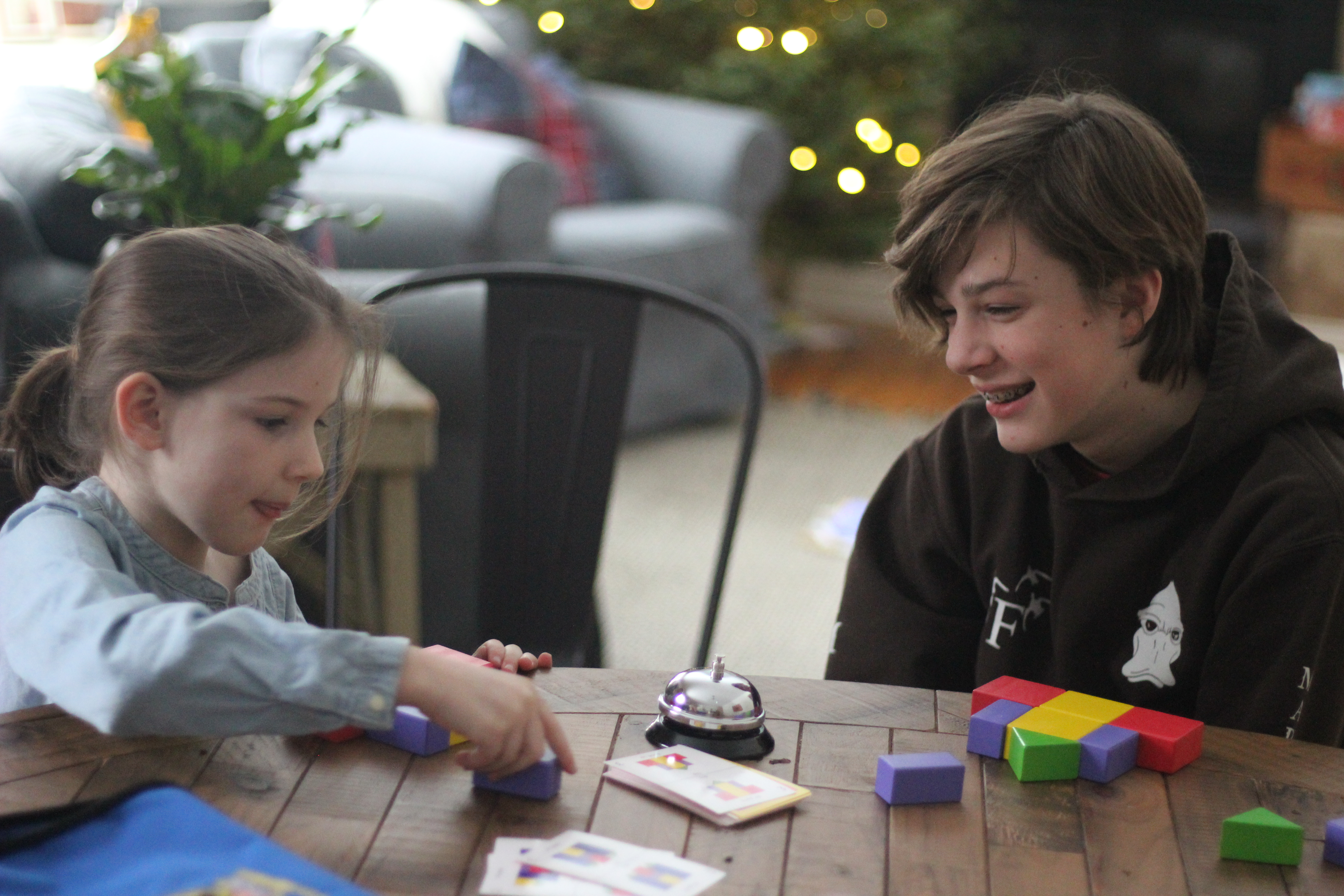 But What is Spatial Reasoning?

I wondered about this too–and wondered why it’s even important. Here’s what I found out and why I’m thinking about it more:

Spatial ability or visuo-spatial ability is the capacity to understand, reason and remember the spatial relations among objects or space.[1]

You might already know if your child is good at spatial recognition if they’re aware of how a flat object will look in a 3D view. One of my big kids was great at doing dioramas in our early days of homeschooling because he was so aware of scale and he’d always tell me if my idea was going to stink because it would throw off the whole look of the diorama! And he was always right!

Spacial reasoning is a development of logic that can be hard to hone in on. I love that Blocks Rock! focuses on this skill!

More about spatial reasoning found over at Blocks Rock!

RELATED: Talk to me about Tinker Crate

My Favorite Parts of Blocks Rock!

There’s lots to love about Blocks Rock! and you might like it for all kinds of reasons, here’s why it’s been a hit in our house.

Hands-down, my favorite part of this game is that it can keep little hands busy while I’m working with other kids. My kids can either play against themselves or with each other, depending on their mood. Vera can sit and play with it while I’m helping the bigger kids and we all know keeping those little ones busy while we’re helping older kids is SO helpful!! 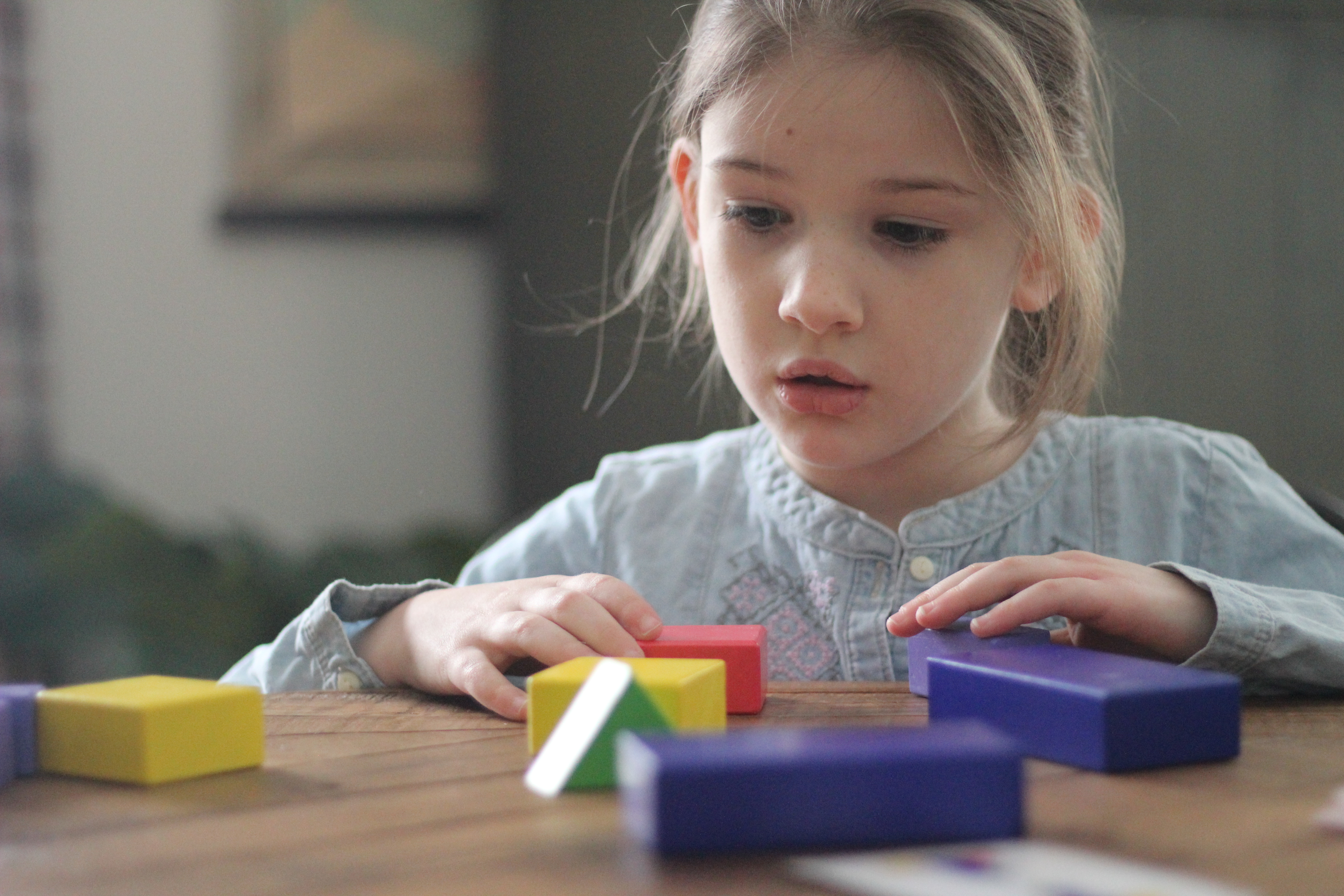 Ready to Check it out for Yourself?

Right now, Blocks Rocks! is running an awesome deal–$18 off with a coupon on Amazon (limited time only)! So, a great time to add it to your game library or a gift under your Christmas tree this year!

Find Blocks Rock! All Over the Web:

Previous Post: « A Day in the Life of Homeschool Mama Marissa
Next Post: When Mama Loses Her Merry »