This post is all about Mobi Math game and reviewing what I thought of this game. I received it in exchange for an honest review. 🙂

If you’re like us, math can be considered a necessary evil.  For me, I’m not so much concerned about how many lessons we cover each year, but whether or not we’ve mastered the lessons we’ve covered. Math is such a conceptual building block subject. If you understand how quarters work in a dollar, than you can understand the fraction 1/4 and then you can cut the pie into more pieces and fractions and so on and so on. One of the most basic tiers of the math ladder is memorizing addition, subtraction, multiplication, and division. Flash cards are an obvious solution to memorizing these, but let’s be honest here, kids only think they’re fun for about .2 seconds and then they’re totally stressed about learning their facts. This might just be my kids, but I’m kind of doubting that. I’ve gotten creative with working on memorizing math facts and we do include some flash card practice occasionally in our Morning Meeting, but finding fun math games for memorizing is my favorite way of practicing.

A fabulous way we’ve been doing this is Mobi Math game from Timberdoodle.  I received this game a few weeks ago and, boy, has it been great for my kids’ speed on their math facts. Here’s a little rundown on how we’ve been using it.

How to Play Mobi Math

Setting it all up is super easy. The way we have been playing is each person gets seven number tiles to start and then the pile of +/-  and = tiles are in the middle of the table. When play starts, the players try to get as many equations with their number tiles as they can. You can either time your playing or play until someone is stuck. Whoever has more tiles left, loses.
But it doesn’t really stop there. There are SO many ways to play this game. You can make it harder or easier, depending on who is playing. Here’s some other options: 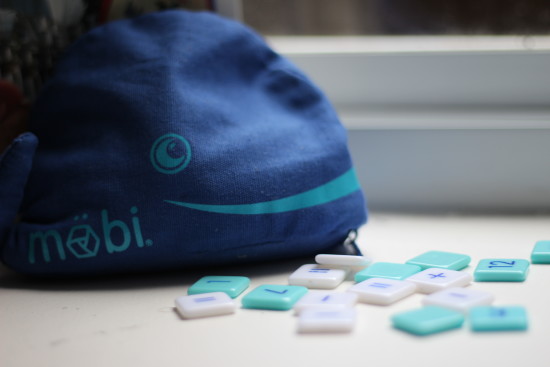 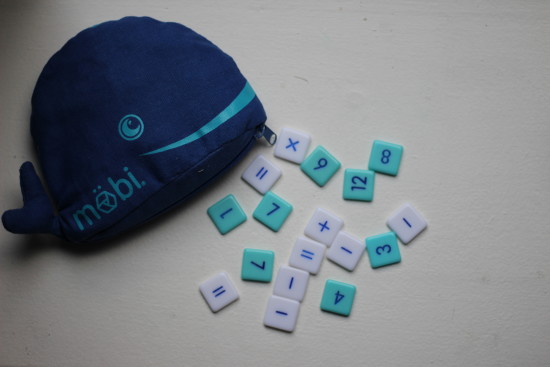 What I’m Loving About Mobi Math 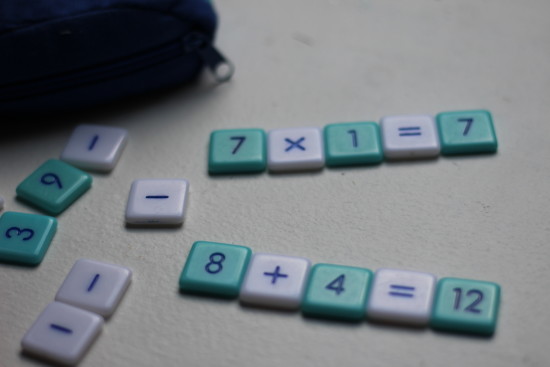 We’ve been loving Mobi Math game these last few weeks. You can get the game on Timberdoodle’s site (I love their selection on curriculum!), and they carry the Mobi MAX version of the game that you can’t find anywhere else, that features 20 extra tile pieces. Woohoo for that! I did a Periscope on Mobi Math a few weeks ago after we had just received the game in the mail. We weren’t totally sure on how the game was played at that point, but we caught right on to the Chill Mobi, and also, Vera ripped the instructions in half on live video, but there’s some great live action of us playing the game if you want to check that out. I hope you will try this game too!