Jack’s birthday snuck up on me this year.  July was a whirlwind and the 10th took me by surprise.  Turning 10 on the 10th–the Golden Day–felt like I should have some super fun bar mitzvah planned, but I didn’t.  Up until four days ahead, I had nothing.  We threw around several ideas, Jack had some pretty elaborate ones–amusement parks anyone?  We ended up settling on fulfilling Jack’s summer request of sailing on a big cruiser ship around Lake Minnetonka.  So was born a nautical themed 10th birthday party.
﻿ 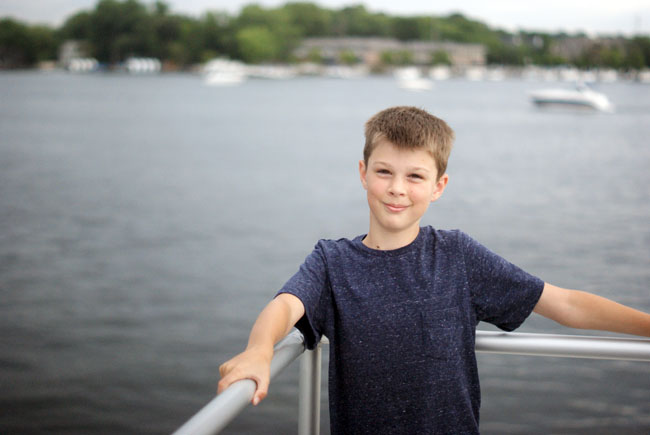 Jumping from single to double digits might as well mean they’re starting college.  The change seems drastic, but they’ll always be little to me, so let’s just pretend.  To Jack, everything was cool about the boat.  He and Sophia explored every inch.  Our lunch was the best lunch he’d ever had, even though it rained for a while on our cruise, it made it even cooler.
﻿ 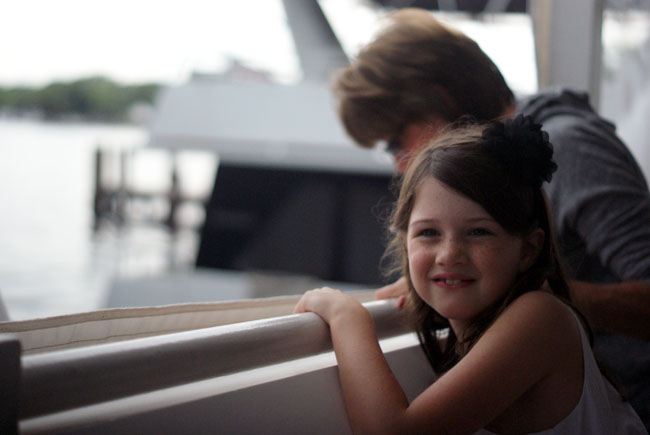 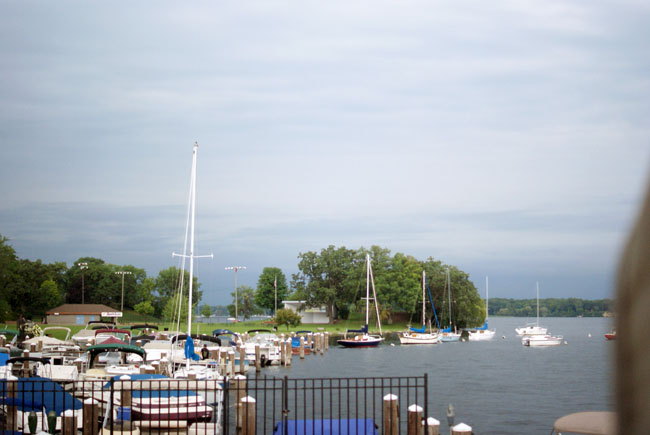 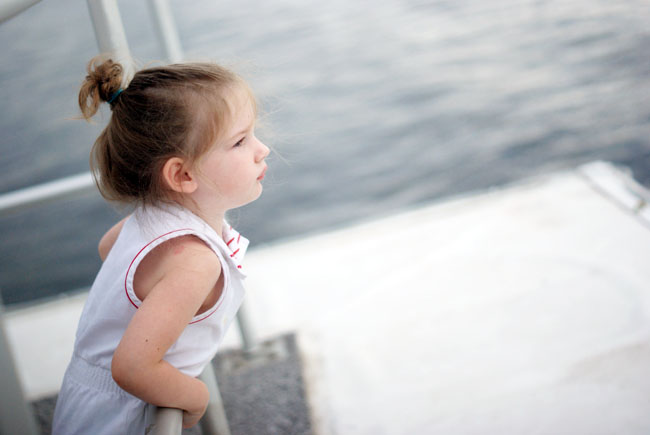 Not having given myself much planning time, the party that night was pretty last minute, but it turns out 10-year-old boys aren’t so tied up in the details as moms are.  Parties just happen to be my thing, so yes, I am tied up in all the details.  Details are my life’s blood I’m pretty sure.

We bought a cake at a local bakery and revamped it a little to fit the party.  Twine and mint Lifesavers created a dock’s buoy thingie, blue Happy Birthday candles were a little like water, and a newspaper sail added a extra texture. 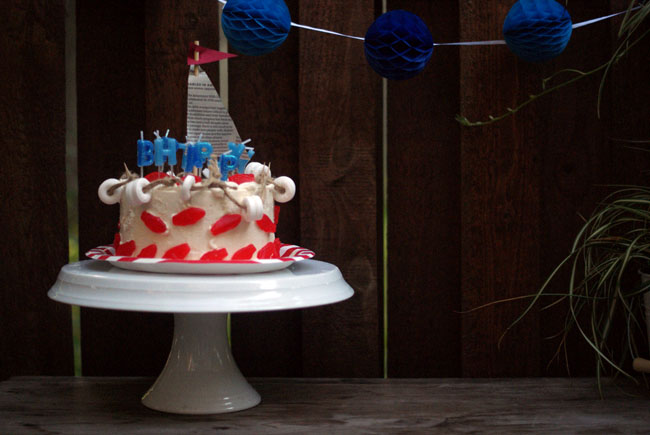 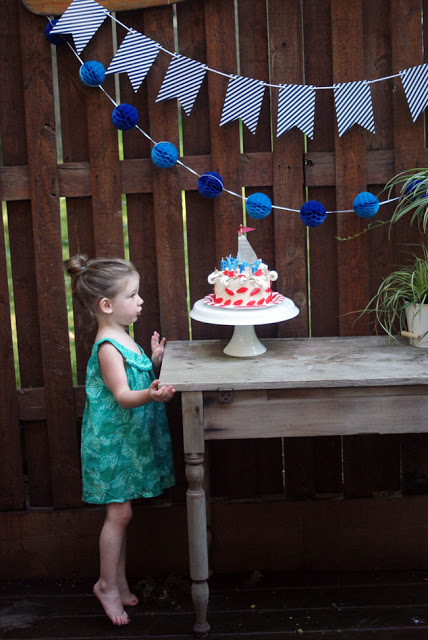 We ate on the deck and I tried to think of a “nautical menu” and the only thing that came to mind was a sand and surf menu, so grilled steak and salmon it was–you only turn 10 once, right?  I pulled a few things I already had from the storage room and added some red, white, and blue paper products from Target. 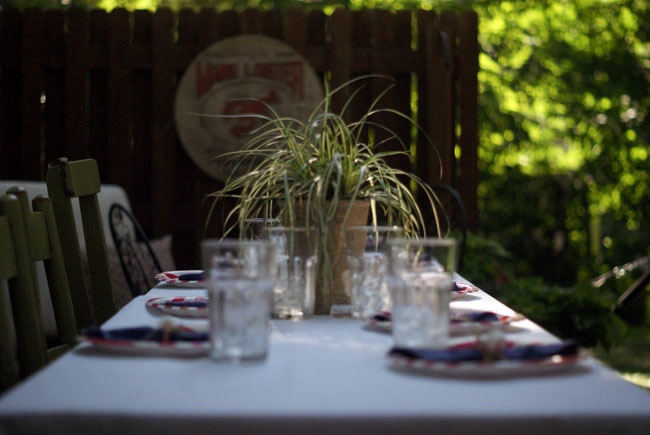 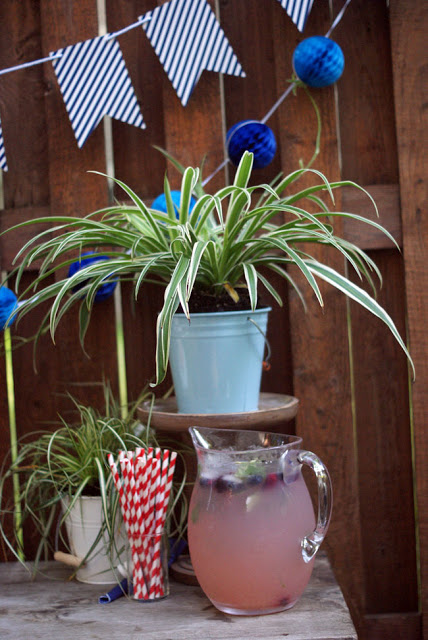 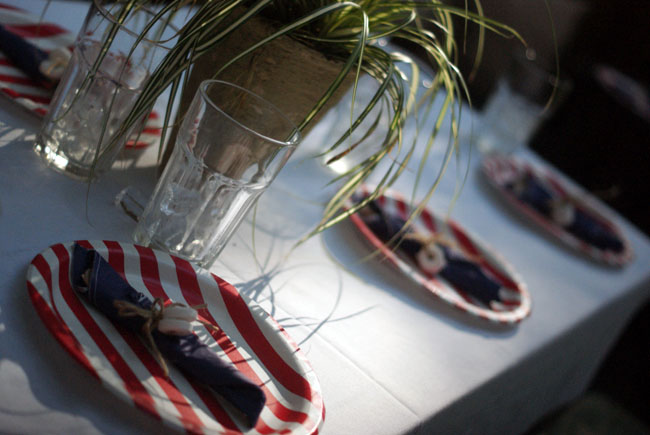 Happy Days forever!!! From Sophia.  I loved this card so much–it’s going in a box to save for sure.  Also, having a German friend in North Carolina that often gave us German chocolates totally ruined us from enjoying any other kind of chocolate again.  German chocolate is the bomb.com.  So when you give German chocolate at birthdays, you are the favorite.﻿ 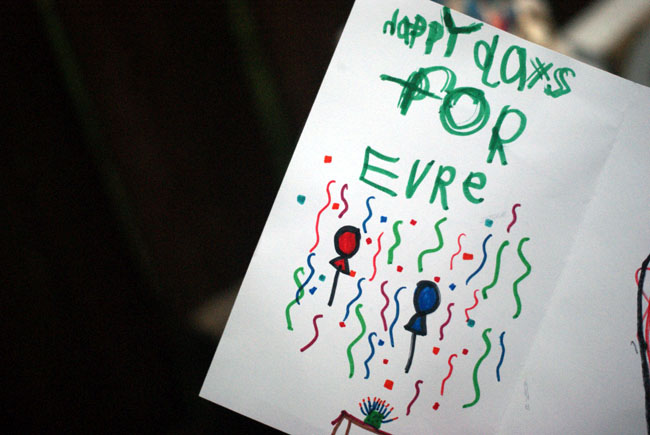 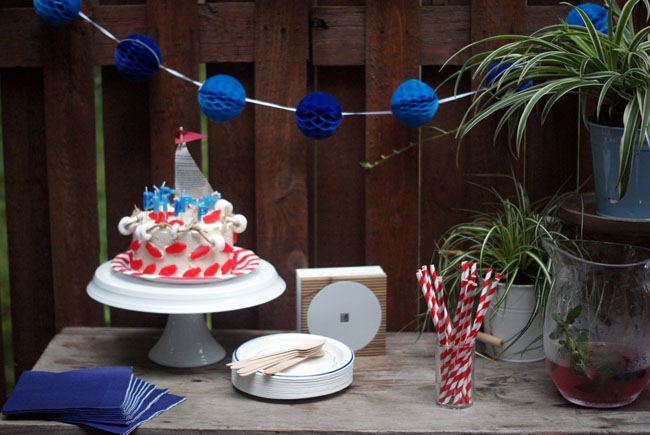 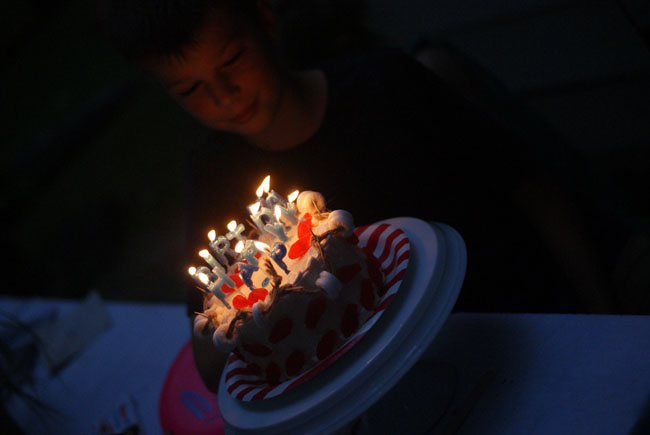 Happy Birthday to my favorite 10-year-old.  I hope this is your best year yet….happy days forever.﻿ 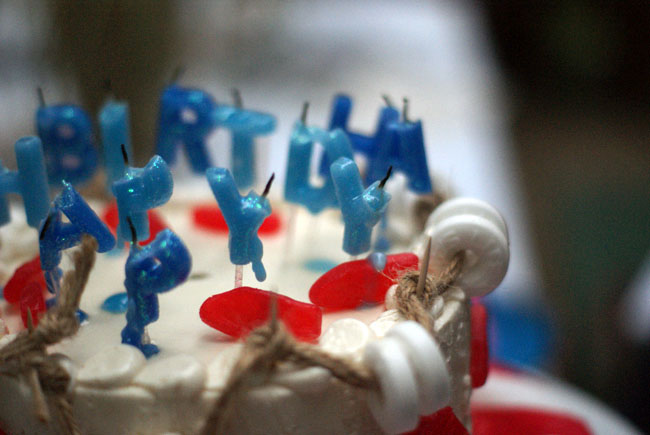 Previous Post: « WHY I’M NOT AFRAID TO HOMESCHOOL HIGH SCHOOL
Next Post: HOW TO CREATE A BOOK-BASED UNIT STUDY »