We had a Harry Potter birthday party on Saturday afternoon-a topic I don’t know much about. I admit, I had to do some research for this one. My boys plowed through these books-each kid one year younger when they began the series; 11, 10, and almost 9.

Some of the Harry Potter books are so long that I became a little skeptical when they would finish in just a few days. But after just a couple of questions and the thirty minute detailed narration that would follow, I forgot about worrying about their reading comprehension.

They were utterly obsessed.

So, when birthday season rolled around this year, it was easy for my newly-obsessed Harry Potter-ite to settle on a Harry Potter-themed party. 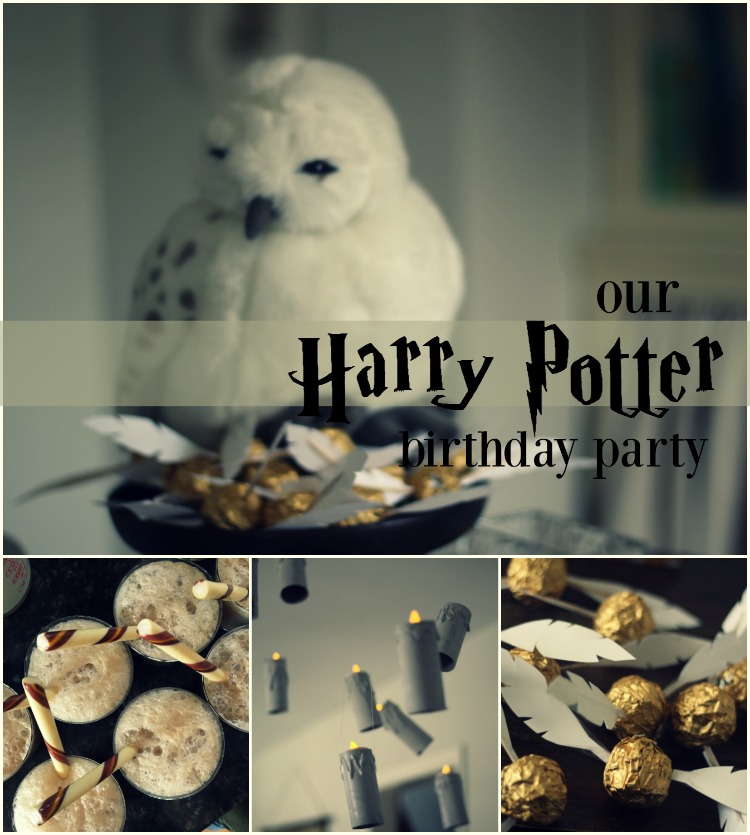 Although the fantasy genre has never struck my fancy, it has surely struck my kids’. And sometimes it’s not about my likes and interests as much as it is catching their excitement and rolling with it.

I loved sitting down with all my big kids and brainstorming ideas. We took to Pinterest and found loads of ideas. Then we shut it down and came up with our own.

They’re super creative when we’re talking about stuff they love! 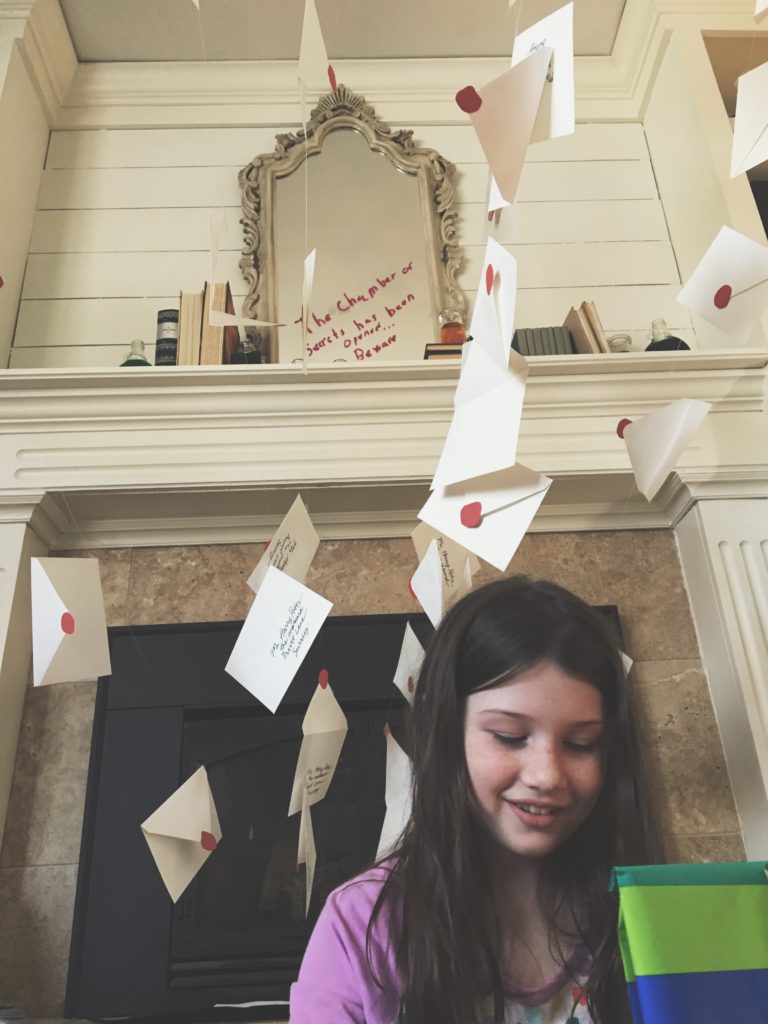 This party came together in about ten days. There were tons more things I wanted to do, but I also wanted to remain sane.

We made lots of stuff for this party. We collected toilet paper tubes from friends to create floating candles for the Enchanted Ceiling in the Great Hall. We made wands and treat bags that looked like witch’s brooms. We addressed 50 envelopes to Mr. Harry Potter in the cupboard in Surrey to fly from our fireplace. We mixed potions with water and food coloring. We made Golden Snitches from Ferrero Rocher chocolates and card stock.

It was a busy week. But dang, was it fun. 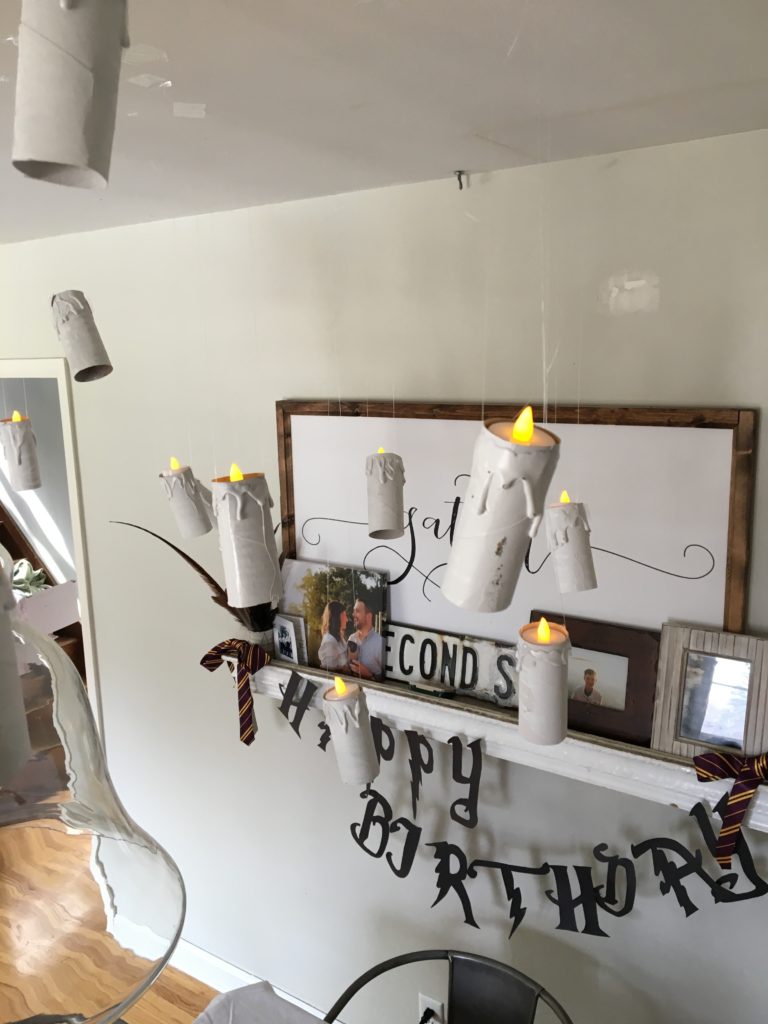 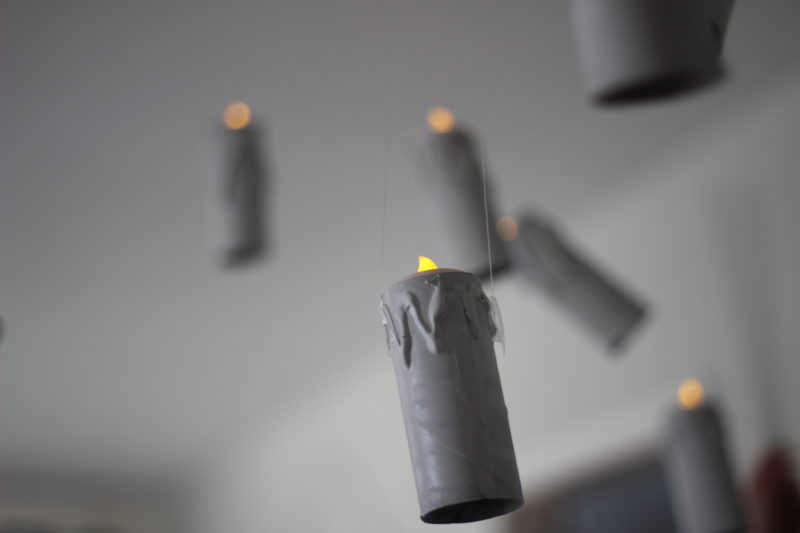 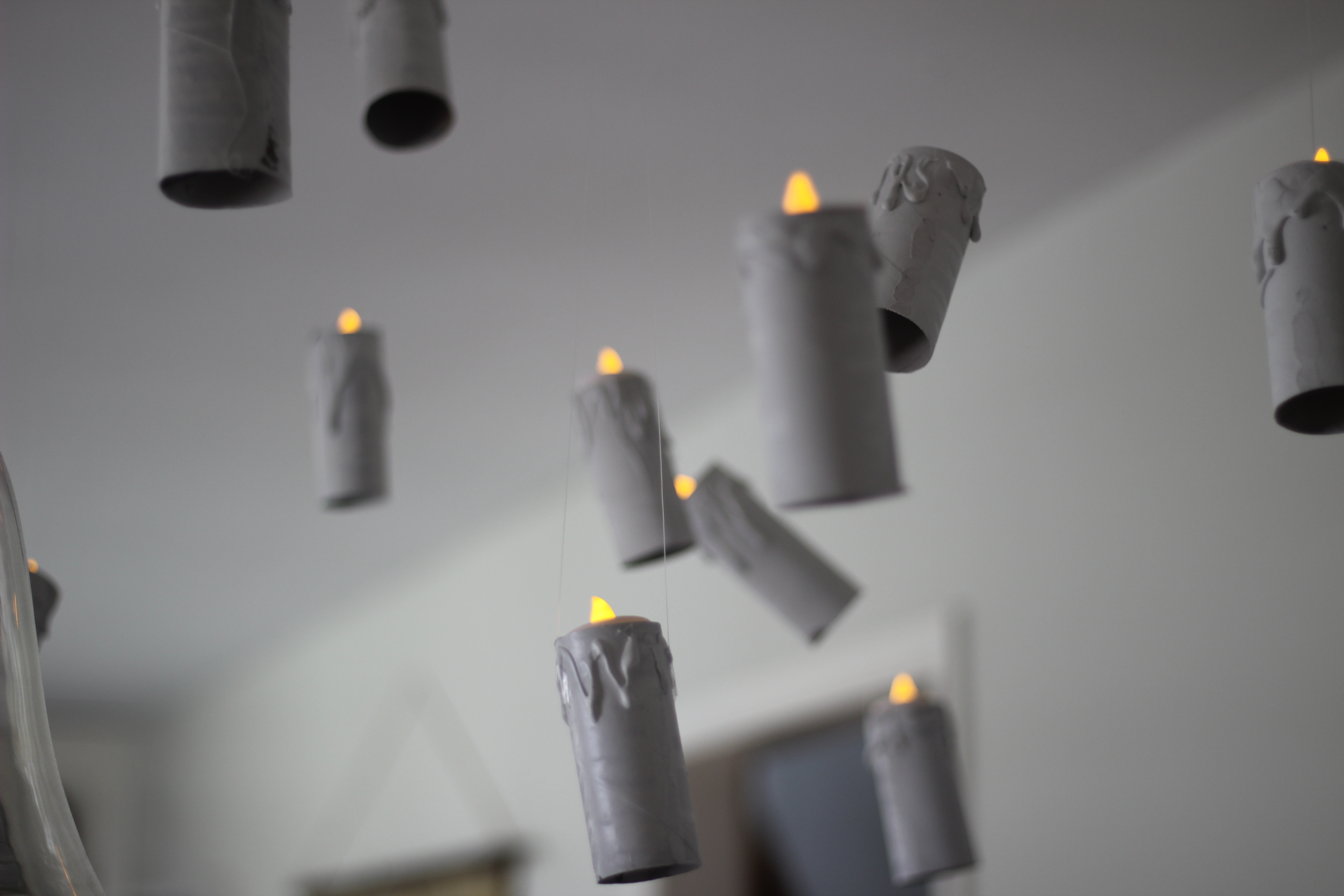 These looked way cool at night! Saving for Halloween for sure.

(find all the resources at the bottom of this post.)

We watched The Sorcerer’s Stone together and I loved the part with the owls trying to deliver a letter to Harry. Since his terrible foster parents wouldn’t give him the letter, they took it to the extreme and delivered five million letters instead.

We just addressed 50, but it still was dramatic. Again with the fishing line. 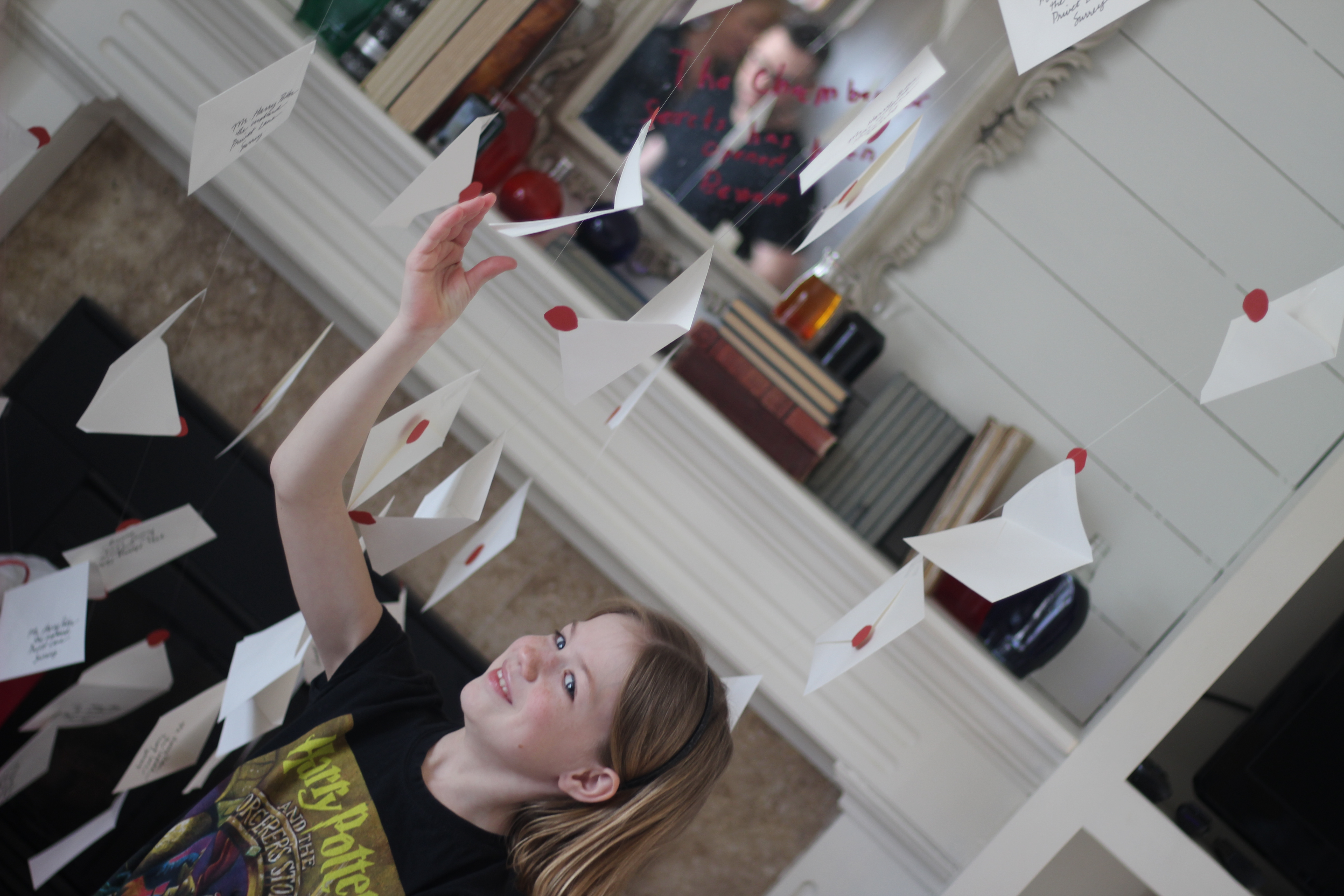 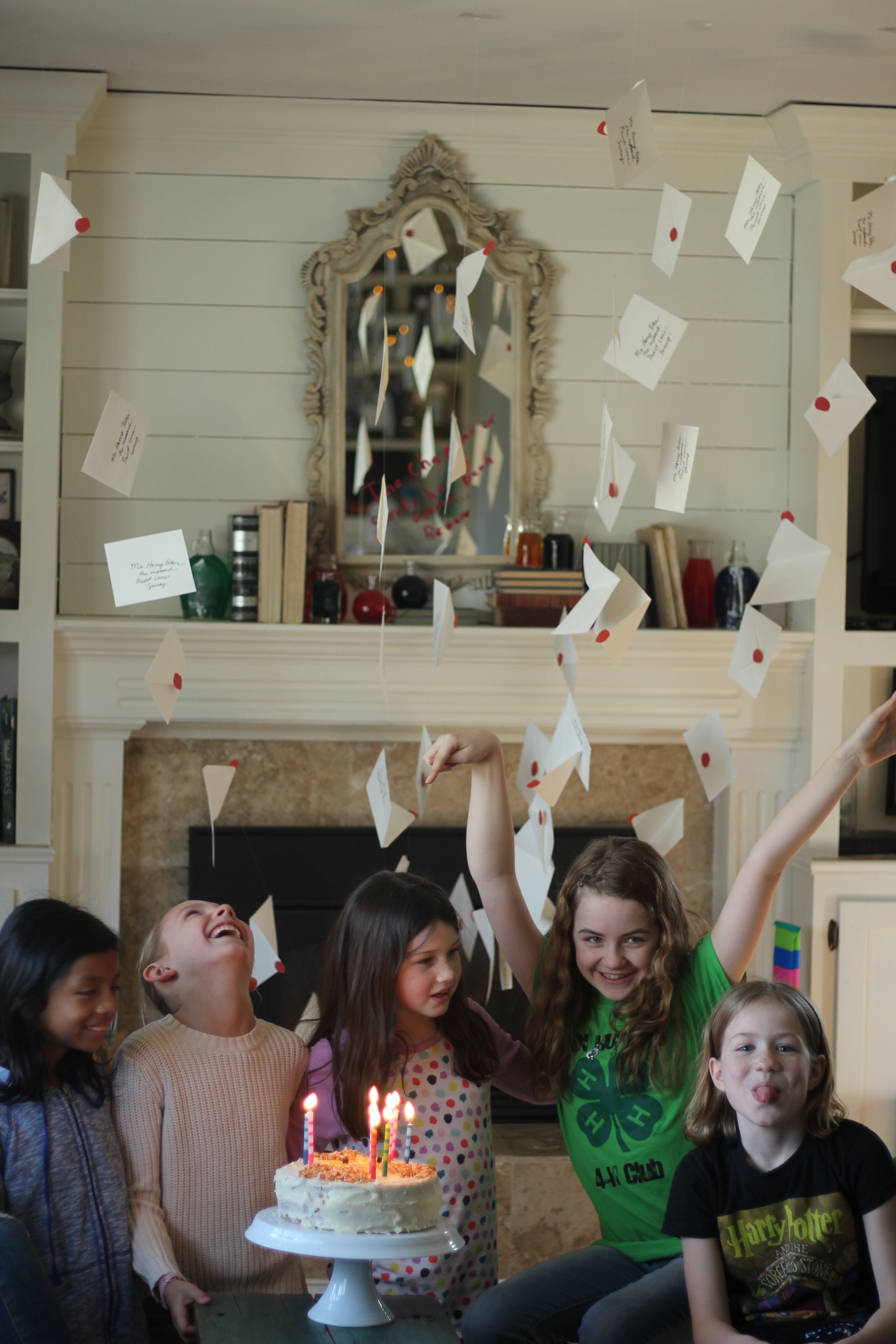 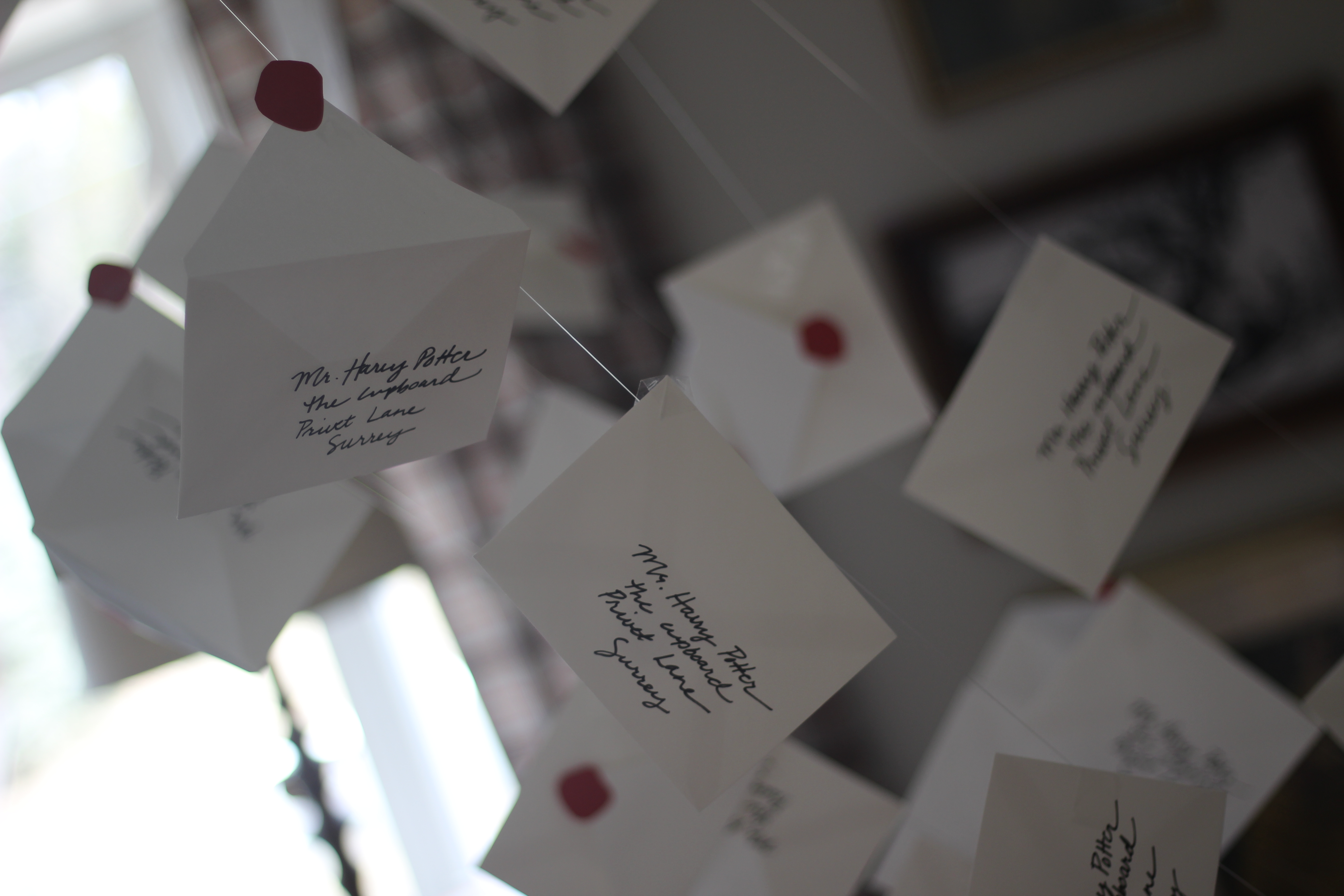 We snatched the bathroom mirror, added some “spell books” and dropped some food coloring into water-filled jars and called it potion. 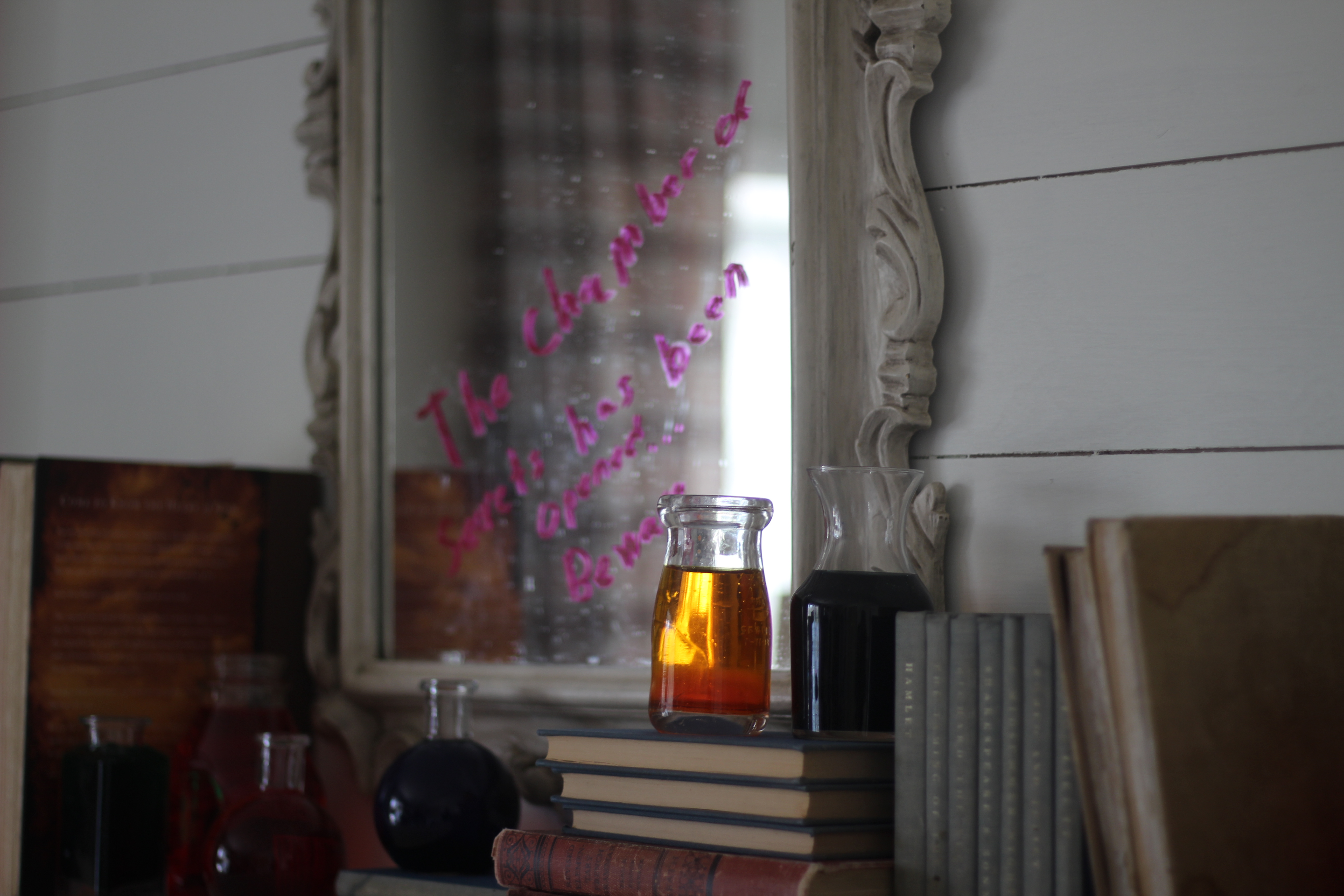 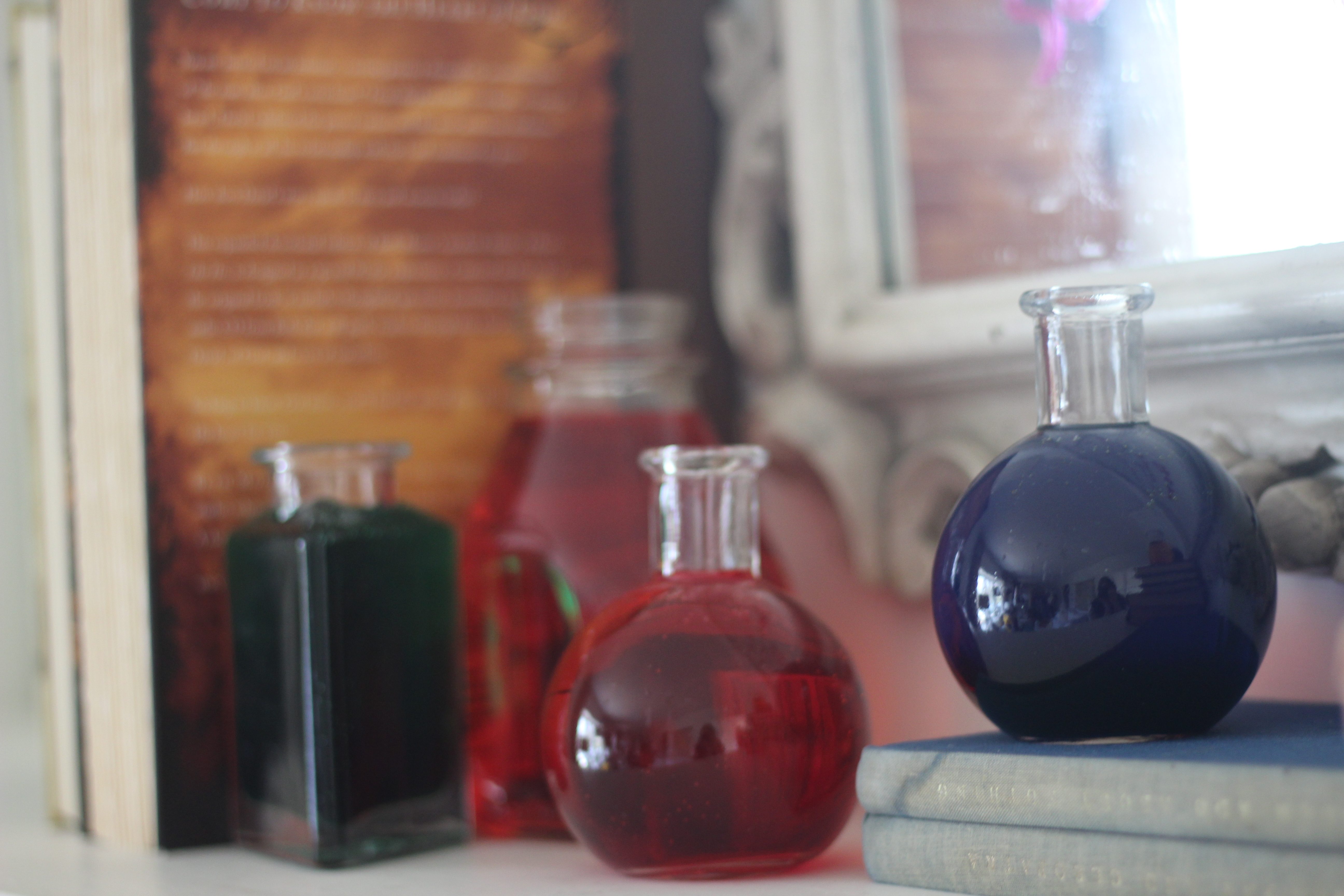 I always like to send the party goer’s home with something fun. We found the idea to create treat bags from paper bags to look like witch’s brooms. Then, we added a little box of Bertie Bott’s Flavour Beans, our version of Golden Snitches, and some handmade bookmarks that looked like Harry’s tie. 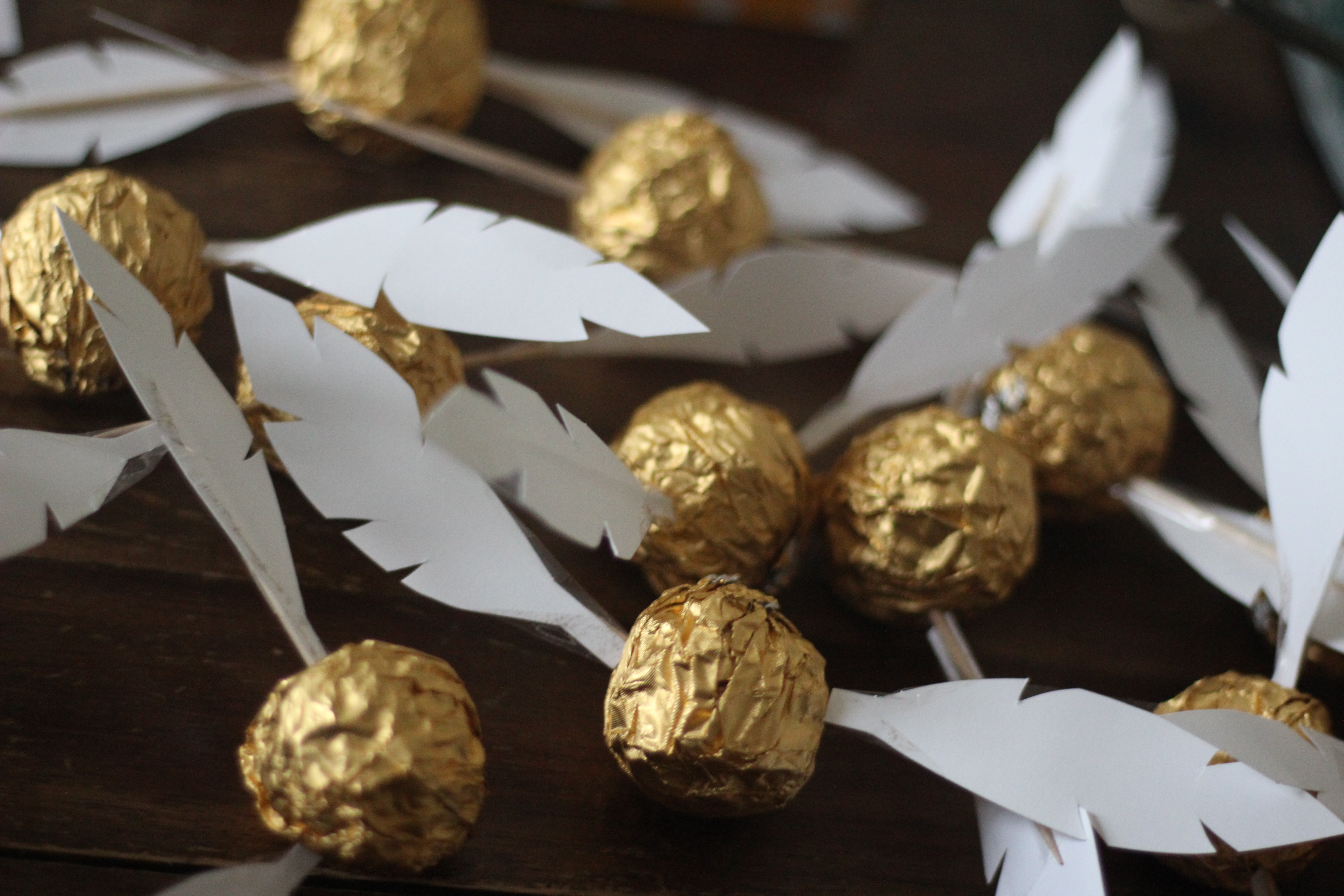 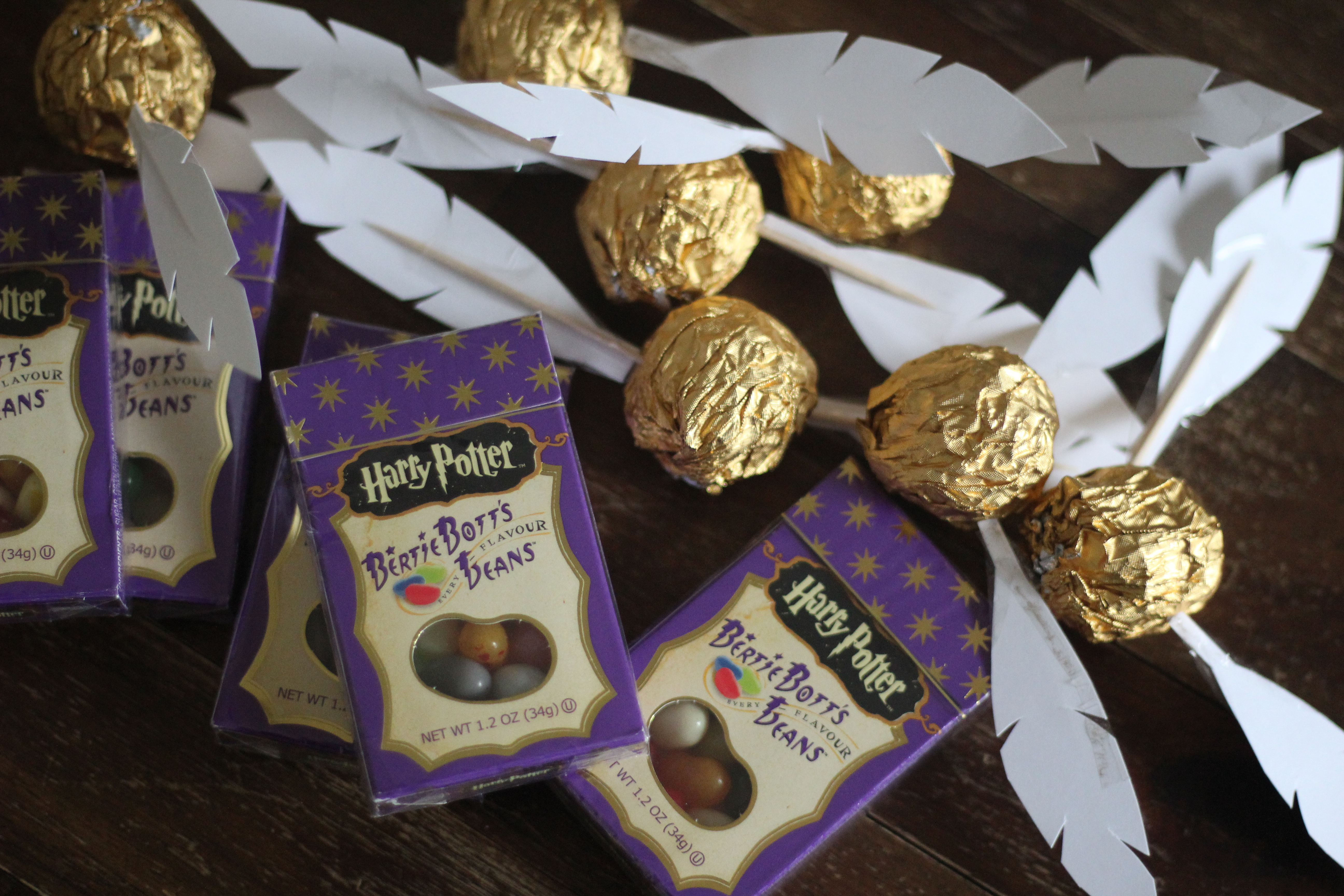 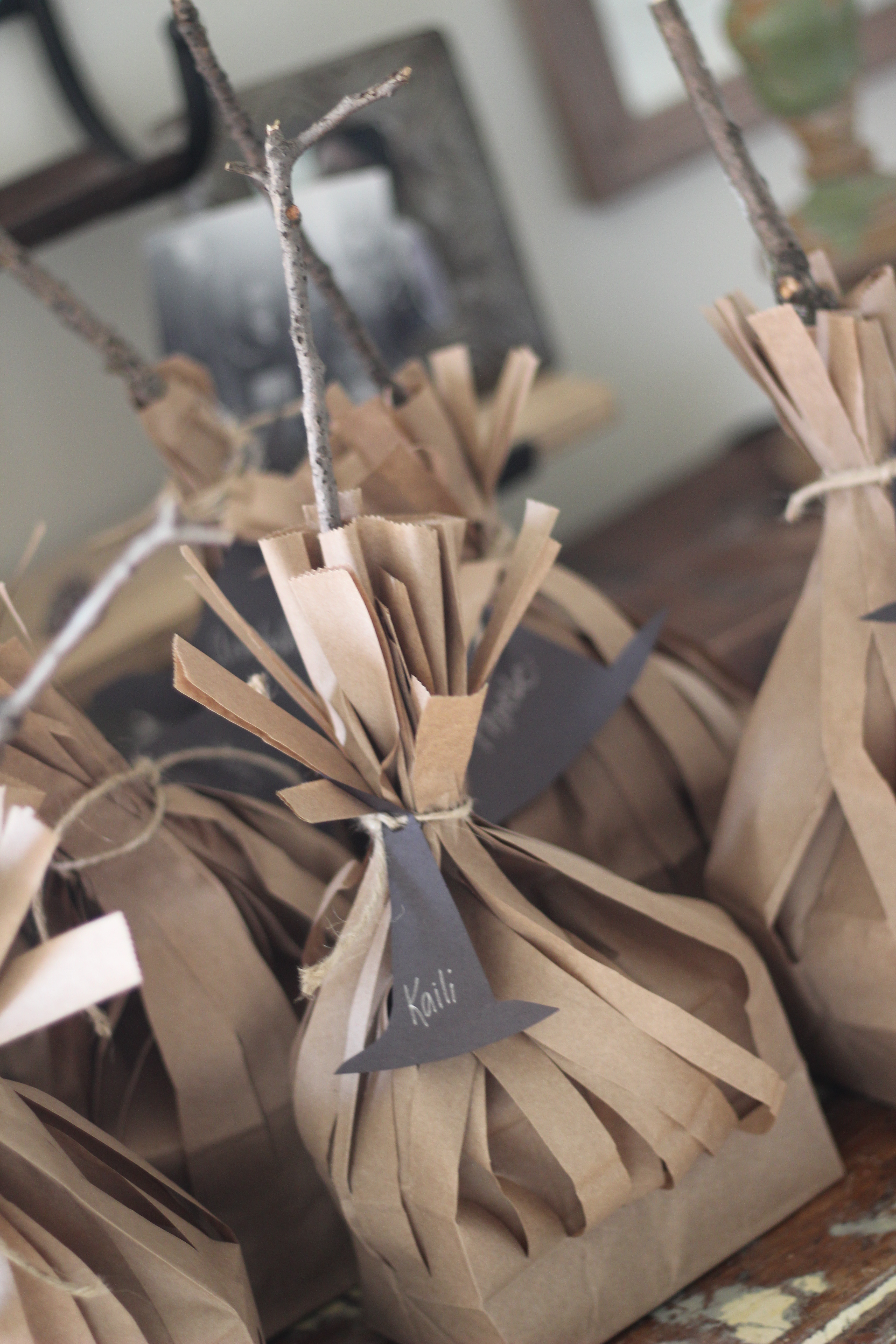 Hedwig guarded the extra chocolates for the mamas. 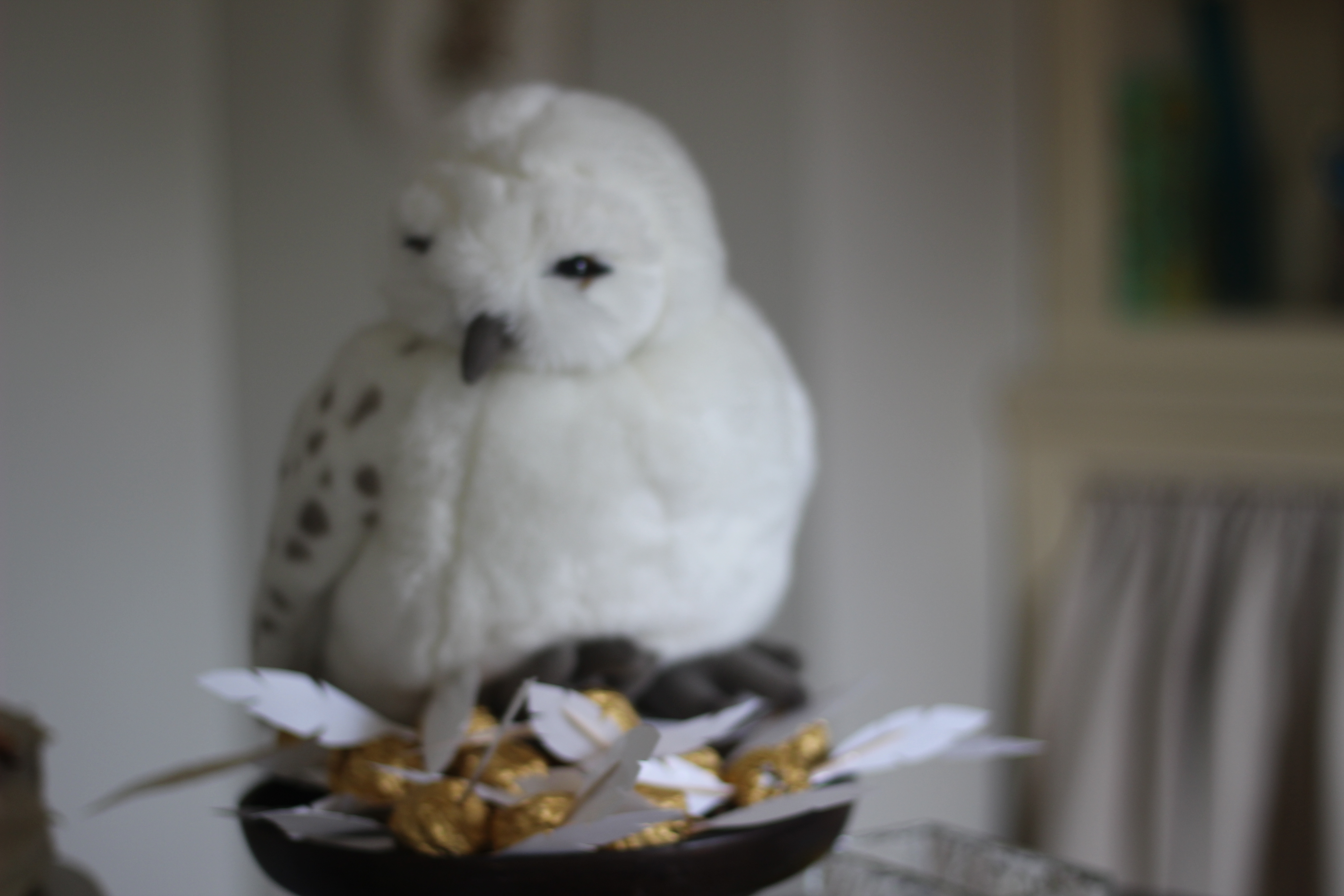 For the food, we always like to offer some veggies and a meat and cheese platter. But to make it more fun, we added in a round of Butter Beers for the kids.  There’s tons of recipes out there. I found mine here.

The cake. Well, it didn’t turn out exaaaactly how I’d pictured it. BUT I asked Vera if she knew what it was. And she did. 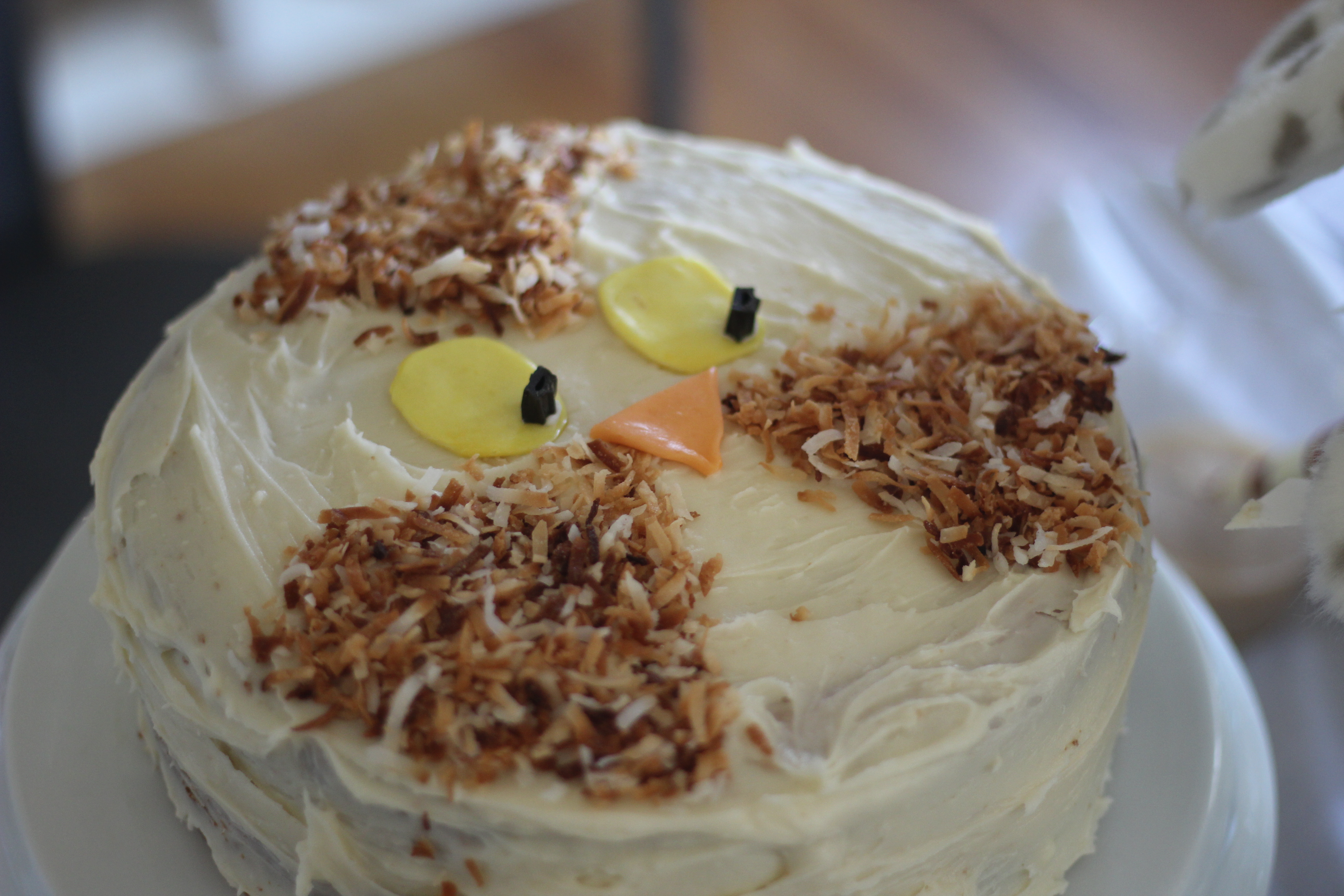 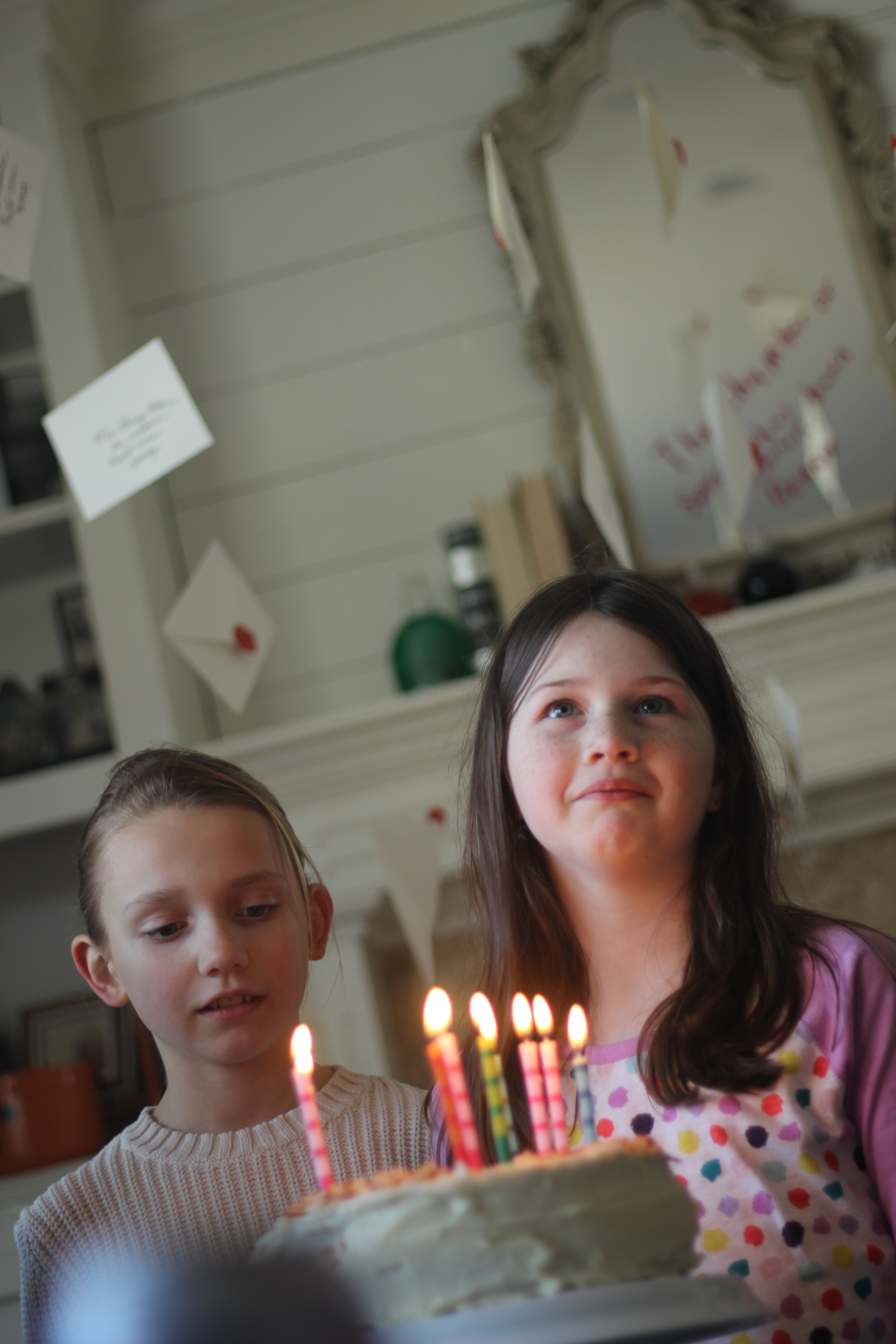 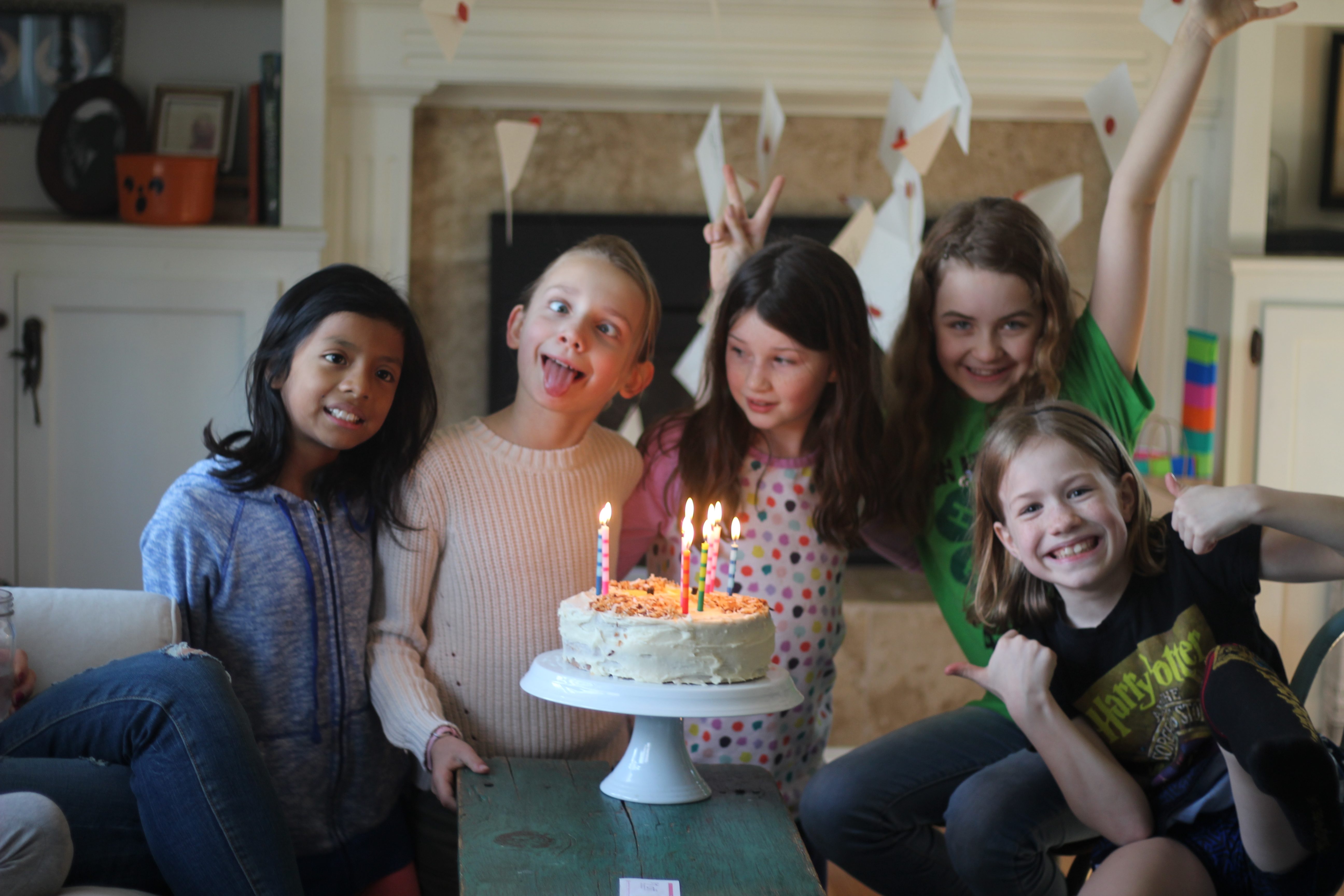 We had some really fun games for this party-real, live Quidditch! But I’m sorry to say, I was too chicken to go out in the cold and take photos. They played forever!

We also had a scavenger hunt that was super fun!

We paired the kids into groups. There were eight kids in all participating, so they formed groups of two, one group for each “House at Hogwarts.” They went from clue to clue and found their treat bags at the end. Then they played Harry Potter forever while the moms stayed warm with coffee inside. It was quite lovely for all! 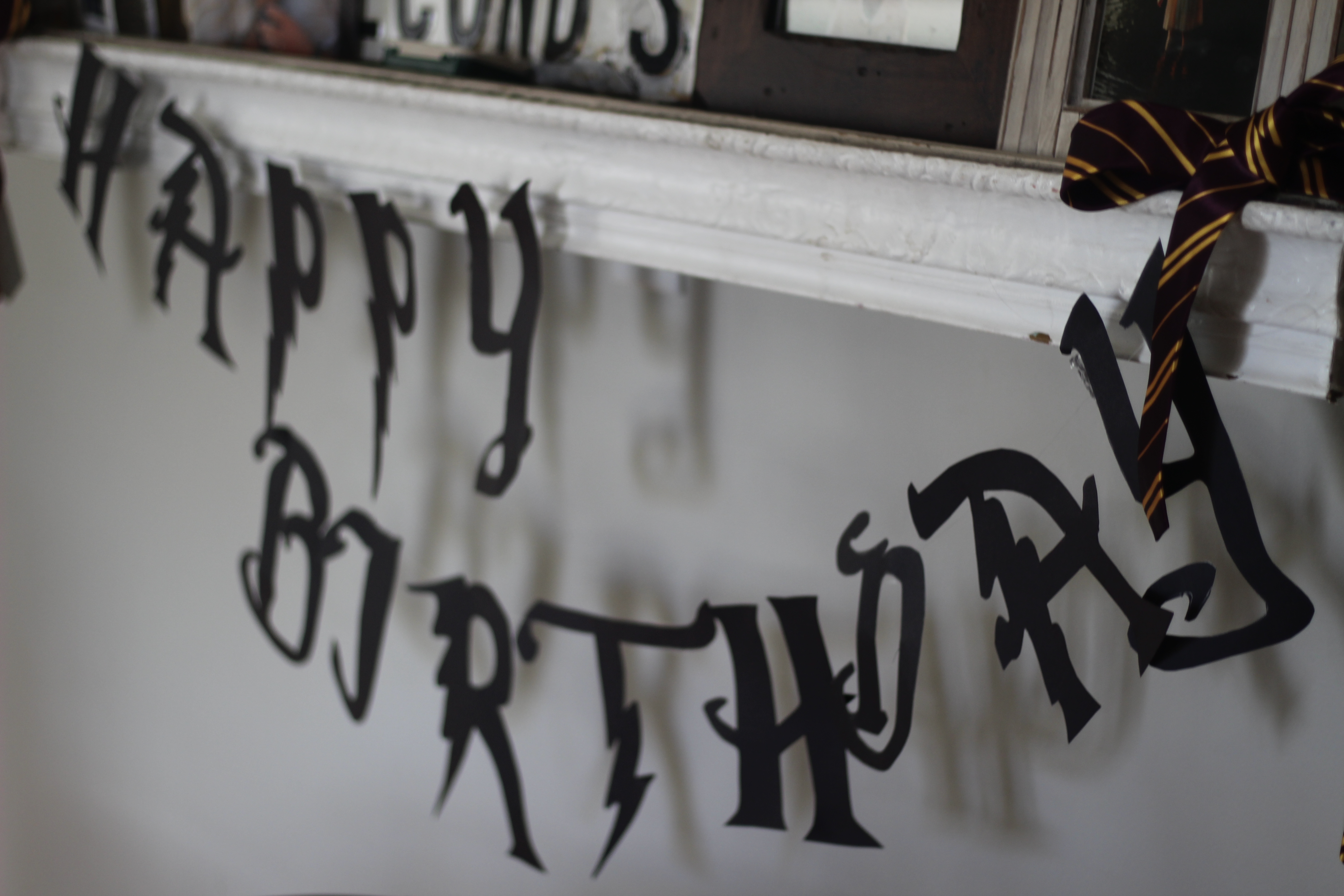 I think my very favorite party about this party was having my kids tell ME the ideas and lead the way. They were so excited that I was into it. So I’m currently reading the first book of the series because they insisted and I know they want me to share in their enthusiasm.

So, I’m happy to oblige. 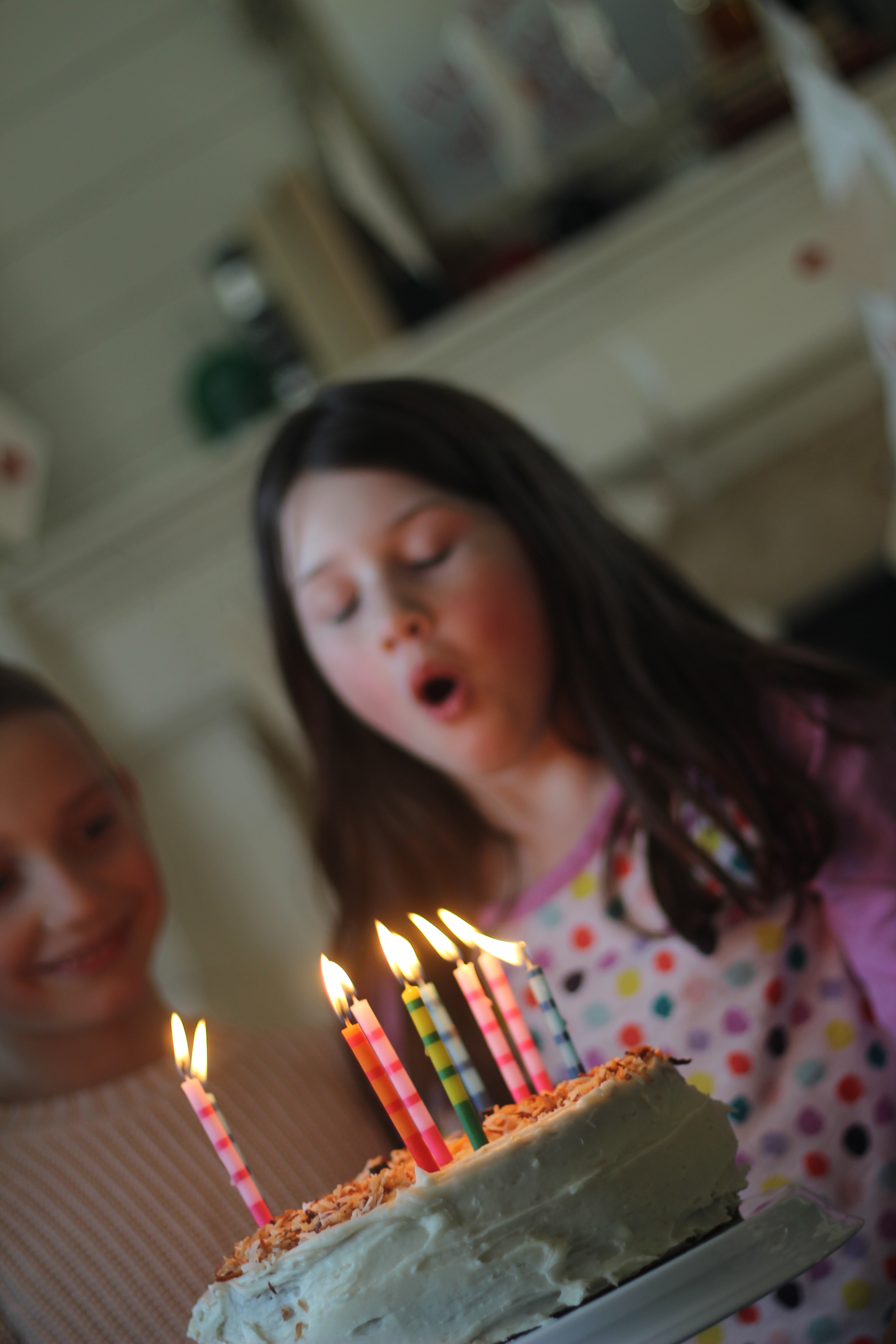 Wait, I take that back.

My very favorite part about this birthday was her. 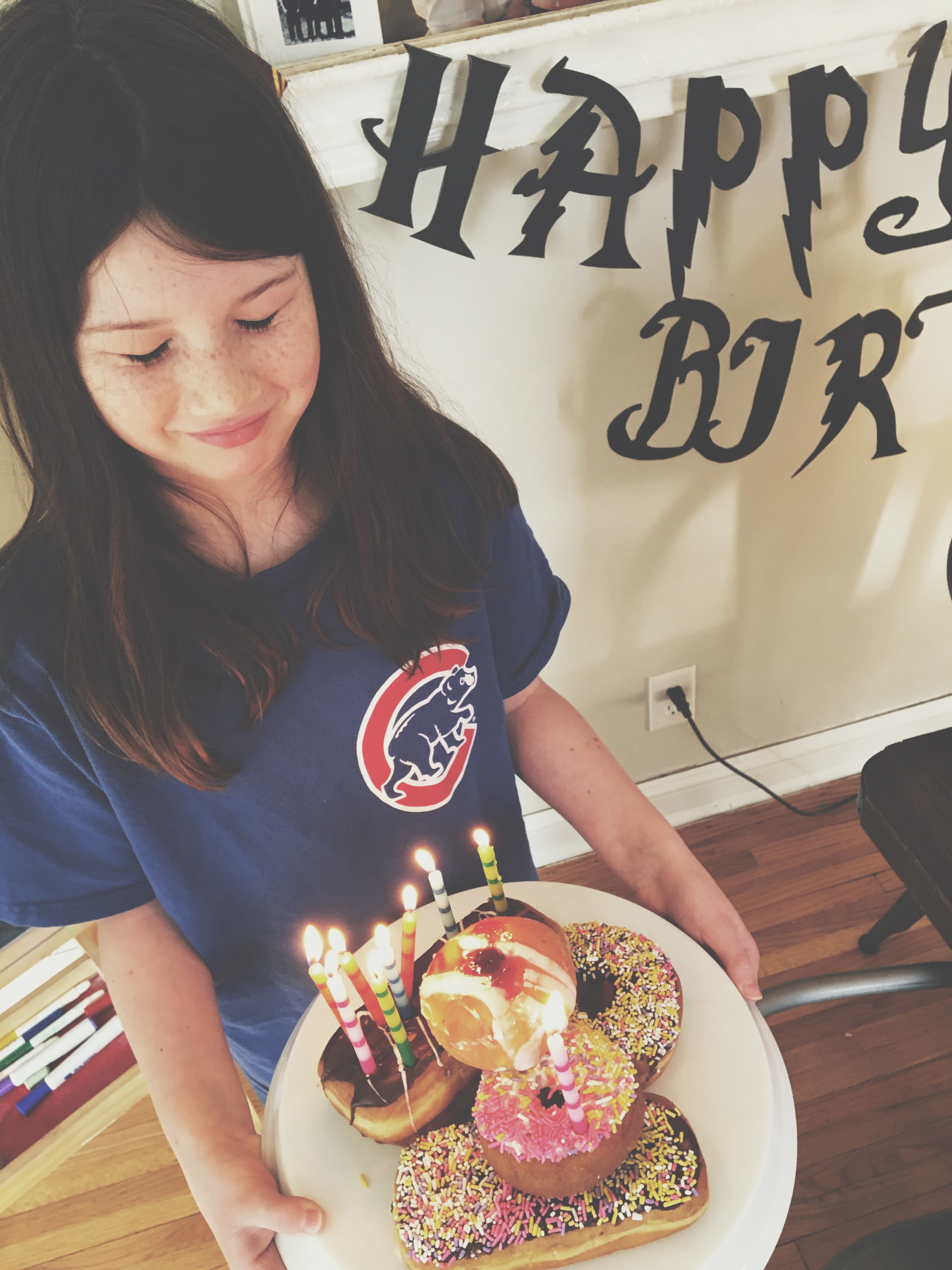